“Racedogs.no” 2016. Unauthorized use and/or duplication of this material without express and written permission from this website’s author and/or owner is strictly prohibited. 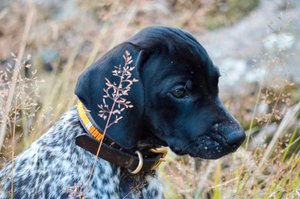 I guess bronze is our color ;)

A tough championship in Bessans in the French Alps.

We got run down by another competitor shortly after the mass start, ruining our race completely - and my neck :(

Better luck next time I hope!

The result from the championship in Canada was 7.place in skijoring, 5.place in 2-dog skijoring, 4.place in combined and bronze medal in pulka :D

As probably some of You already have noticed, we're racing for a new team this season :-)

We have been so fortunate to join Team Gel Rossignol for this season, and we are so excited to compete in the orange suit and with Rossignol skis. Very grateful and happy to join these greate people :-) 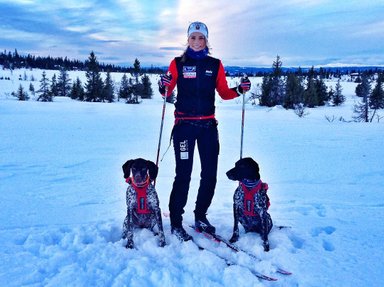 Next stop World Champs in Canada!!!

We did it! We managed to qualify for the World Championships in Canada in end of January :-)

Marley got a rough start on her "international career", not only was it her first mass start, her first race with a pulka and her first distance race - but it was also her first race with me! She did so well, and except som "youngster tendencies" she worked hard and fast. So now it's just to train smart before we head over the seas to the Championship. 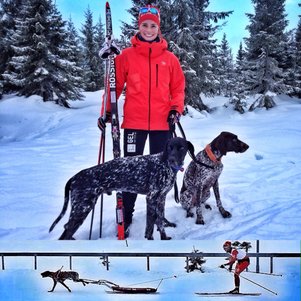 The end of the beginning

After 3,5 months in Annecy it feels strange to start packing my things to move back to Norway. Leaving all the great people, the cool tracks, the beautiful city and of course the amazing mountains!

But hopefully it wont be too long before I'm back for a visit :-)

My last days down here is also my last days of preparations before the WCh-qualification, and I'm trying to do as many right things as possible. Unfortunately I have my last exam on Thursday, flying back on Friday, home on Friday evening and the qualification is on Saturday morning!! Not the best timing, but happy to be able to try to qualify.

As Skurk's shape is not on top yet, Marley will start in her first mass start and her first competition with me. Hoping that eveything goes to plan and that she will have a good first experience both with mass start and me.

So now it's just to cross fingers and toes and hope for a good day on Saturday :-D

All in towards the WCh-qualification

Tuesday it was clear that there will be a qualification race for the upcoming World Championship in Canada in January 2017, which means a possibility for Team Racedogs to qualify!

With that in mind, and some more exciting news to come, we decided to go full in!

Same night I ordered tickets to fly to Norway for two days to train Skurk and Marley, and to get some ski training on snow myself. Marley got her first trainings with pulka, and I was happy to see how easily she managed. Now we just have to get her used to people and other dogs being in the tracks.

Skurk has been in rehabilitation for some months because of an injured shoulder, but after his first trainings with pulka this weekend I haven't been able to see any signs of the injury - so crossing our fingers!

The french life continues here in beautiful Annecy, and it really starts feeling like home :-)

Skurk has been battling an inflamation in his shoulder, but is now in rehabilitation and doing well.

Even though the school days are quite different here than in Norway, meaning there I go to school a couple times a week for some hours and here it is almost every day from 8:15-17:15 (!!), I find some time to explore the amazing surroundings I live in. I found some perfect areas for training both running and cycling, and some nice roads for rollerskiing.

Last week I went back to Norway for some days to see my favorite, Skurk :-) I got to take him to two of his sessions with his physiotherapist Katja Petrell, be there when he started training on the water treadmill, and go running with him and chaines at home in Lillehammer.

This fall I am trying something new, I am doing an exchange program and moving to Annecy in France for 4 months!

I will be studying international business and communication here in Annecy, and try for first time in maaaany years to live without a car - and worse; without dogs!

So far I am surviving well ;) Even though I really miss my little boy! But Skurk is being taken good care of by my parents, very thankfull for that.

This year's summer holiday was mostly spent at home in Lismarka, in Oslo, at the summer house in Viksfjord or at work in Trysil.

When it comes to training there has been some difficulties because of the injury in my neck, but I got some good quality training - just not the hours I hoped. Skurk has been swimming a lot, and pulling chaines.

My Diamond is now shining amongst the stars

Suddenly it was time for my number one to leave us for some place better.

A little more than 12 years ago my brother came home one weekend with a nervous wreck of an 8 month old pup. We found each other, and 7 months later he was mine. I am so grateful for every year we got to spend together, and for all the memories we have shared. You were my number one and no one will ever take that place from you.

See you again my love! 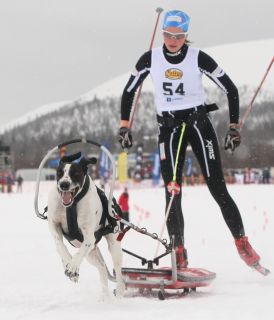 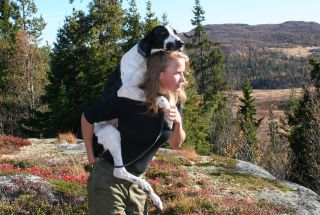 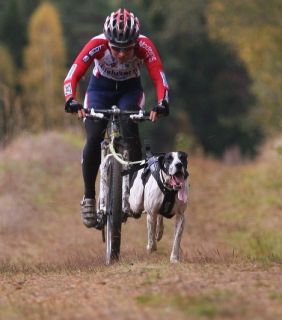 Skurk celebrated his 4year birthday with his team and family training at Skeikampen :-) 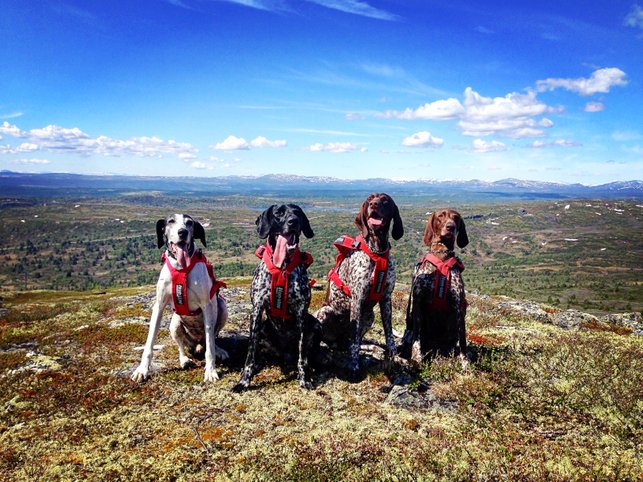 It's been some time since I updated this site, and now the season is sadly almost over for us - allredy.

Here is a short update of the season so far.

After struggling with a bad neck and shoulder since November, the season has not been what we had hoped. Missing a lot of training, both for me and Skurk, this season has been hard. It didn't help that races got cancelled and/or moved till weekends I'm working. But we'll be back!

First competition of the season was at Maura stadion the second weekend of January. The race wetn okay, but felt that the shape was not quite there. A 6th place, and too long behind the winner was the result. The next day we competed in couples relay with Silje Knox and Ellinor, but a narrow course and many teams made me maybe more careful than I should have been and we lost many places on our 1.leg. Silje and Ellinor did better on their leg, and got us up on the result list :-)

Several cancelled races later, the next one was the Norwegian championship in 1-4dog pulka. Something was not right with Skurk the last trainings before the race, and I felt it as well during the race. He was missing punch, and I have still not figured out why. I think maybe both him and I need a body check to get us back to "normal"...

But even though Skurk didn't have a great day at work, Ellinor did good and I felt okay, and we managed to get a 5th place.

And that's the competitions we have been able to race this season. Can't remember a season I have competed less than this, even not the terrible 2011-season.

Thankfully there has been enough other things going on. We have had a camera-team from Salomon here for some days, filming and shooting pictures of us. The result will come out next winter :-)

And now in February I have had a lot to do working for the Lillehammer 2016 organization (Youth Olympic Games), meeting and working with a lot of amazing people!

New shoes and pedals from Shimano

Beautiful blue shoes and the SPD-25years pedals - I'm going to be a real "Smurfette" next season! 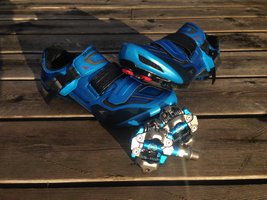 Bronze in this weekend's Norwegian championship dryland, in canicross! My body is still aching from the running, but worth it😄 Today we competed in the bikejoring, and pedaled us in to a good 8th place.

It was action and a lot of fun at this year's Drammen Grand Prix, as always. Skurk did a great job, first getting us to the final and then putting us in the fight for the win in the final. Very close race with photo finish and only centimeters separating 1-3rd at the finish line. Very happy with our 3rd Place :D

Pluto competed in the "Miljøklasse", 9 years after his debut here at Drammen Travbane. Very satisfied super-veteran!